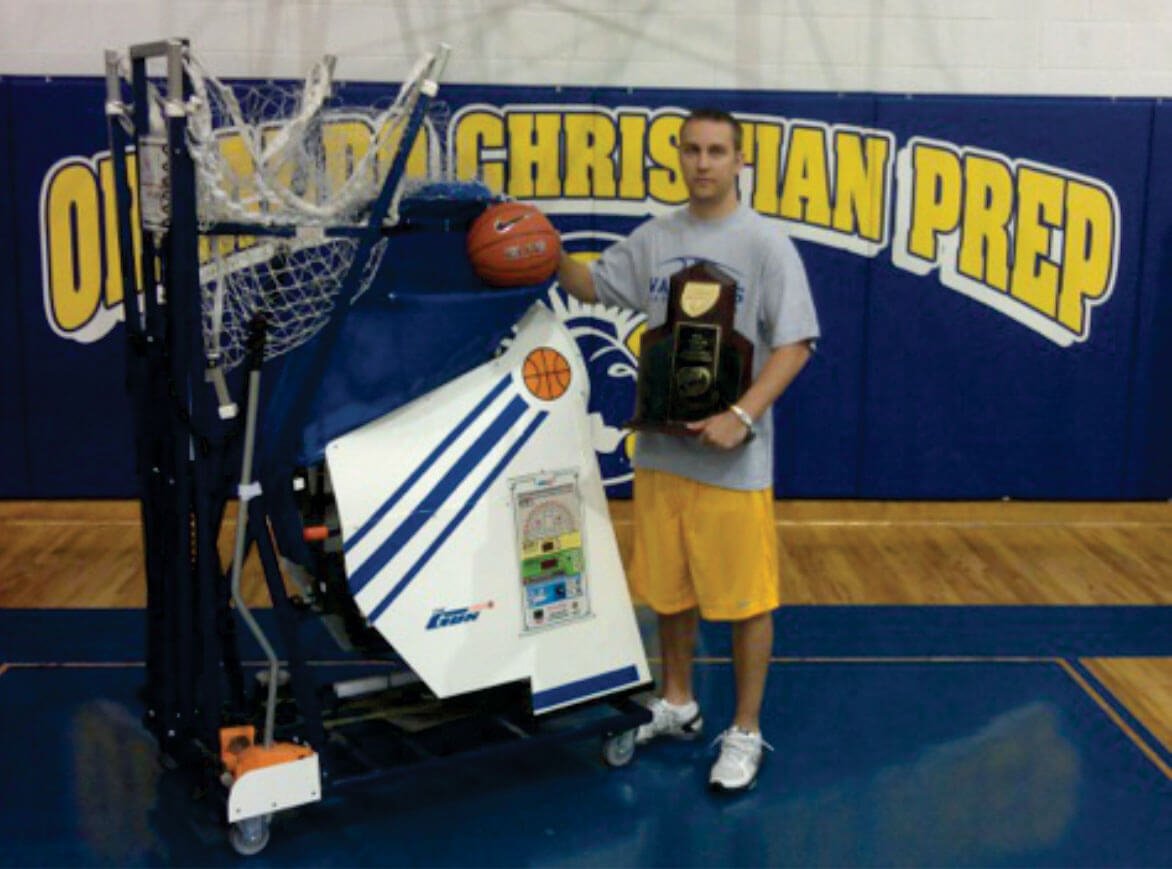 When Orlando Christian Prep’s head coach Reggie Kohn was asked what impressed him most about the Gun, by Shoot-A-Way, he exclaimed, “The amount of shots you can get up in a short amount of time. By using the Gun, especially in the off-season, we have guys that can come in and have 500-800 shots up in 30 minutes. At the end of the day, you gotta be able to hit shots. And by seeing the ball go into the hole so many times, it builds a tremendous amount of confidence for our players. It’s a huge part of our program.”

Coach Kohn has had an amazing stint over the past four years as head coach of the Warriors at Orlando Christian Prep. Over the 4 year period, his program has posted a 120-16 overall record and has won three 2A State Championships in the state of Florida. This past season, the Warriors won the 2012 State Championship and finished 27th in the country, according to ESPN’s Fab 50. Coach Kohn credits much of the program’s success to having guys who are willing to put in the extra work, teamwork, and mental toughness.

Orlando Christian Prep has used the Gun consistently over the past four years, and in the 2011-12 season, the Warriors traded up for the new 8000 Series Gun. We applaud Coach Reggie Kohn and the Warriors for their hard work and commitment to excellence on the basketball court. Our goal is to provide the resources necessary to enable all players to become as good as they want to be! Our goals, your goals reached!