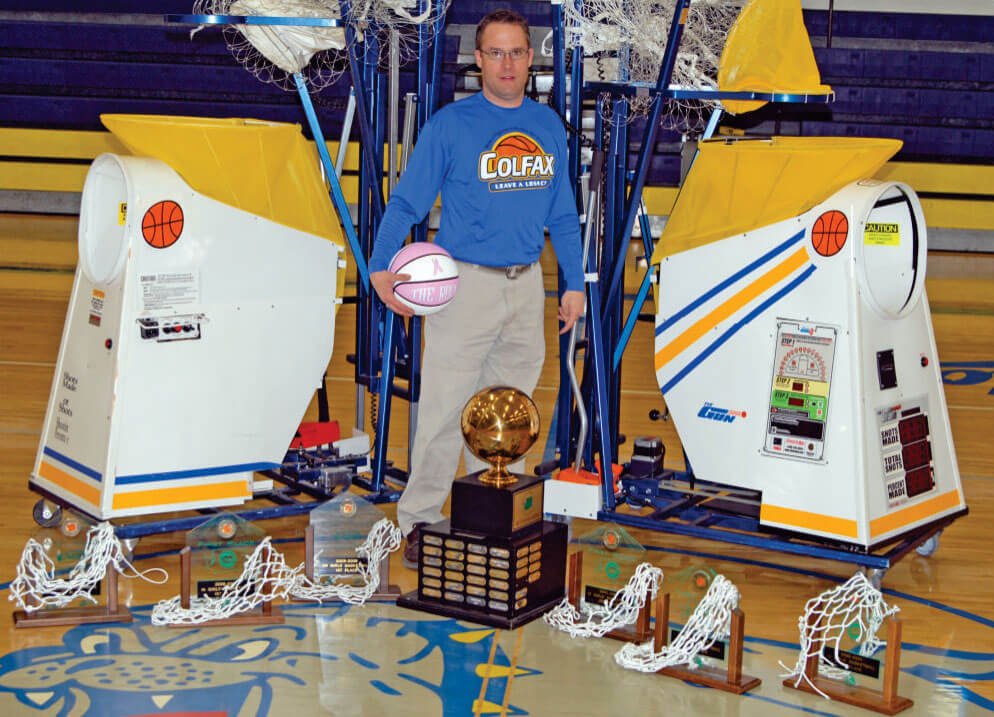 On March 6th, 2010, Head Coach Corey Baerlocher and the Colfax Lady Bulldogs won their second consecutive Class 2B Washington State Girls Basketball Championship. Not only did they defend their title, but the Lady Bulldogs have just finished a tremendous run of 6 Washington State Championships in the last 8 years. This incredible journey includes a 202-33 overall record, a 30-2 record in the State Tournament, and a newly added 8000 Series Gun to compliment the 6000 Series Gun Coach Baerlocher has had since he started coaching at Colfax in 2002!

This past November, Coach Baerlocher decided to invest in the New 8000 Series Gun so he could better utilize the side baskets on one end of the gym, while still running drills on the opposite end of the floor. Since that time, his athletes have shown a new excitement for shooting on the Gun. He believes the players have truly gained ownership in their own development with the 8000 Series Gun, because it is much easier to set up and they can program their own shooting workouts from the spots they want to work. Coach Baerlocher also believes the printer is a “huge” benefit. He states, “The New 8000 Series Gun, with the instant feedback and printer, has given our kids the confidence to shoot effectively in game situations. The machine, not the coaches, has convinced our players to put in the extra time and work shooting the basketball.” Coach Baerlocher’s goal is to eventually have a Gun at all three baskets on one end of the gym, so his athletes can better utilize their shooting time without having to wait.

We want to congratulate The Lady Bulldogs of Colfax High School and Coach Corey Baerlocher on their 2010 Washington State Championship. With 6 championships in the past 8 years, Coach Baerlocher is definitely producing results that will “Leave a Legacy”.